A product of the Exeter City youth scheme, Canham progressed to make his first team debut for the Grecians against Halifax Town at St James’ Park in August 2003. He played in 21 league games in that initial season, scoring five goals.

In 2004-05 Canham had a short loan spell with Tiverton Town, whilst featuring just twice more for Exeter, before being released, whereupon he joined Team Bath.

He became a huge success with them, hitting 41 goals in 2007-08, and was the leading scorer in the top three tiers of non-league football.

He inevitably attracted attention from numerous clubs - including Charlton Athletic where he played on trial - but it was Notts County won the race for his signature on the eve of the 2008-09 season.

He joined Blue Square Premier League side, Hayes & Yeading on loan in September 2009 and was released on a free transfer by Notts County in May 2010.

He then signed a two-year deal for Hereford United in July 2010, but moved to Kidderminster Harriers on loan in February 2011. He then joined Bath City on a two-month loan in September 2011, but in January 2012 he was back at Bath City on loan for the rest of the season.

He joined Australian side Hume City on 29 January 2013.

From there he went to Western Australia Nation Premier league side Sorrento in 2014.

Canham, a school teacher by day, suffered an Achilles injury in September 2017, whilst playing for Sorrento. 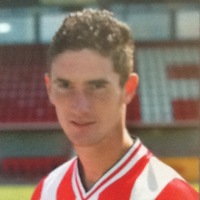 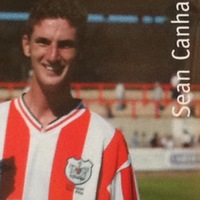 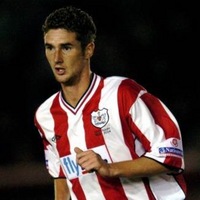