Had it not been for the goals of Ray Carter during his stay with Exeter City, then the Grecians would have struggled even more than they did do.

Bearing in mind that Carter played in a team that were poor more often than not, his goals per game ratio was exceptional.

He was given his Football League chance by Torquay United, who signed the player from A.P.V. a Sussex works team in August 1958, but despite his excellent goalscoring record for their reserves, including top scoring for them in 1959-60 with 34, he only managed three first team games and one goal.

Carter was transferred to Exeter in October 1960 when they parted with £2,000, which also brought forward, Graham Bond from the Gulls to St James’ Park. Carter’s debut came in a 2-4 home defeat against Accrington Stanley in November 1960.

Although he was to only play 25 league matches in the 1960-61 season for Exeter, he still ended up top scorer with 13 goals.

The following season he did even better as he was on target for 18 league goals.

Ray scored after just 10 seconds against Accrington Stanley on the 21st October 1961, City went on to win 3-0, while the Accrington club went into liquidation the following March with debts of £60 000.

His final season with the Grecians, 1962-63, again saw him top the scoring charts with 19 league goals, and he even managed to play part of one game in goal, against Workington, when keeper Colin Tinsley dislocated a finger!

Surprisingly, Carter not only left Exeter at the end of the season, but he also dropped out of League football altogether, as he signed for Southern League Crawley Town.

His reasons for leaving the Grecians were that he could work in a sport shop and have the security of a house. 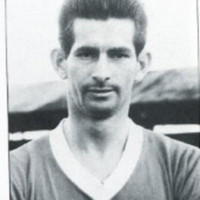