Carter began his career with home town team, Torpoint Athletic, and then moved on to Falmouth Town, the latter club having enjoyed great success sin the Western League.

Signed by Hereford United in April 1975, he made his league debut the same season and went on to play 73 league games, scoring 9 times, for the Bulls before a £22,500 transfer to Swindon Town in December 1977.

He quickly became a regular with Swindon, and went on to captain the side. Carter joined Torquay United on loan in October 1982, scoring five times in just six league games.

He then spent a loan period with Bristol Rovers joined in December 1982 and finally left Swindon, after playing over 200 games, to join Torquay United in February 1983.

His stay at Plainmoor was a short one though and by September 1983, he was transferred to Newport County for £10,000, where he went on to play 152 league games, scoring 21 times.

Exeter City signed Carter on a free transfer in July 1987, making his league debut for the Grecians in a 3-0 home win over Cambridge united.

And what a start he made, as he scored twice but they were to be the only goals netted in his one season stay, despite being a regular in the team. In the summer of 1988, Carter signed for Saltash United.

In August 1991 it was reported that Carter had become the assistant golf professional at Whitsand Golf Club in Cornwall. Carter was playing for Bodmin Town in 1992-93.
And Torpoint between 1993 and 1997. 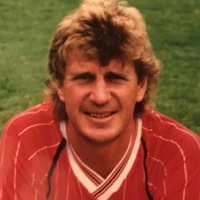 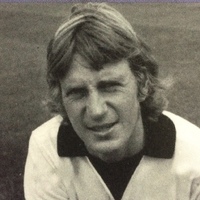