Exeter City fans probably never saw the best of Cecere, as he spent a good deal of time on the sidelines injured, yet prior to signing for the Grecians he had more than a reasonable goalscoring record with his previous club, Walsall.

Cecere had started his career with Oldham Athletic as an apprentice, signing his first full contract in January 1986.

He went on to make 52 league appearances for the Latics, scoring 8 goals.

He was then transferred to Huddersfield Town for a fee of £100,000 in November 1986 where he added another 54 league outings and 8 goals.

After a brief loan spell with Stockport County in March 1990, Cecere moved on to Walsall for £25,000 five months later.

He enjoyed his best spell of his career with Walsall, featuring in 112 league games for them, notching 32 goals, so when he linked up with Exeter for £20,000 in January 1994, much was expected.

His first game for the Grecians was at Reading, but he only managed one more outing before injury struck and he was sidelined for the rest of the season.

In 1994-95, Cecere had a much better time of things, especially in the latter half of the season, ending up as City’s top league scorer with ten goals.

However, little was seen of him in the first team the following season and by July 1996, he had signed for Rochdale on a free transfer.

He had just the one season with Dale, only playing in four league matches for them and scoring one goal. A further injury forced his retirement from the game. 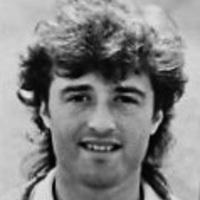 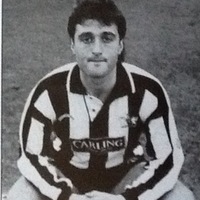 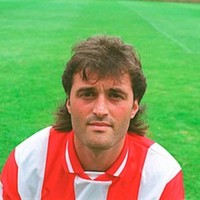 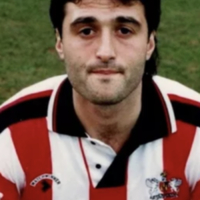 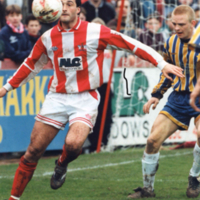 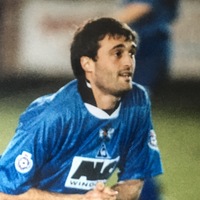