An amateur with Exeter City who appeared in the final six matches of the Plymouth and District League season of 1906-07.

He made his debut at home to Tavistock in March 1907. He continued to play in goal for the reserves a
and practice games until 1912.
He was a "battery man" and based at Topsham barracks.

Exeter Athlete at the Front
A letter has been received in Exeter, written from the Front by a well-known local athlete, F. Bailey, who is serving with the R.A.M.C., having volunteered for service shortly after the war broke out. Bailey will be remembered in Exeter sporting circles as the City and Babbacombe Soccer player and the sprint and cross-country runner. He was formerly a member of the Exeter Harriers, and latterly of the Exmouth Harriers, being a member of the Exmouth Post Office staff. In his letter, he states that he and those who went out at the same time have now got quite used to their duties. They collect the wounded by night in motor-cars and ambulance wagons, and work at what is a called a clearing house. Lately they have had lot of cases of frost-bitten feet. Bailey adds that he has seen a lot of the Devons lately, and many men whom he knew at home. Sergt. White, the old Exeter City Soccer reserve captain, under whom he had often played, came into the hospital where he was on duty, and passed away there. "We get a game of football in and out," says Bailey, "but in spite of that and hard work, I am getting, like most of the others, a little fat. It must be the air or the fattening biscuits. In Tom Gibbins, my old running chum, I have someone whom I know out here, and to have a pal with one is a consideration. We see a lot of aeroplanes above, and often they are fired at, but I have never yet witnessed one hit. The other week, by the way, I saw Chapman, the City's former goalkeeper out here."
Western Times - Tuesday 12 January 1915 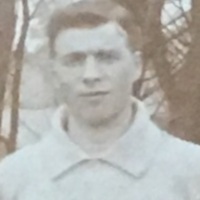 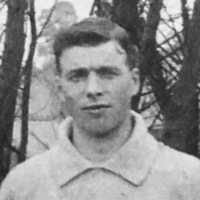