Originally an apprentice with Millwall, earning a full contract in August 1978, Coleman became something of a well-travelled footballer.

After 36 league outings and one goal for Millwall, he signed for Colchester United in February 1981 where he enjoyed the best spell of his career.

86 league matches and 6 goals later, as well as a loan spell with Wrexham, Coleman moved to Chelmsford City.

It was from there in December 1984 that Exeter signed the defender.

His Grecians debut, in what was to be a very short stay, was in an exciting 4-3 home win on Boxing Day over Torquay United.

Despite playing in six consecutive matches, Coleman was on the move again to Aldershot in February 1985.

He remained with the Shots until the summer of 1986, when linking up with Dulwich Hamlet. However in September 1986 he had signed for Millwall again for a second spell at the club, but only featured in ten league matches.

After playing in Finland, Coleman rejoined Colchester United in February 1988, where he played in 10 league matches.

After 14 years as a professional footballer Phil did his teacher training and gained a BA Honours degree in Sport and Education at Middlesex University and has been a PE teacher at The Gilberd School and The Colne Community School and College.

He was elected as a local councillor in Colchester in 2016, for the Liberal Democrats. 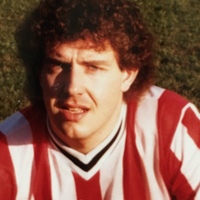 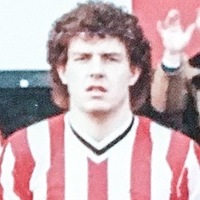