An Irish youth and under-21 international, Collins was an apprentice at Southampton, signing a full contract for them in October 1983.

He featured in three league matches, before making the switch to rivals Portsmouth in May 1986.

His first spell at Exeter City began in November 1987 when he joined the club on loan, making his debut in a 2-1 home win against Stockport County. He went on to make 9 league appearances before returning to Pompey.

After failing to break into the Portsmouth first team on a regular basis, he signed for Colchester United in May 1989 and added two goals in 39 league starts.

He returned to Exeter on a free transfer in July 1992, but only made 11 league outings for the club during his one season stay, moving on to Farnborough Town on loan in December 1992 and then on a permanent free transfer a month later.

In 1993-94 Collins was playing for Minehead, and he also had a spell at Elmore.
Collins returned to Devon where he spent the early part of the 1993–94 season with Crediton United, before moving to join Elmore in February 1994. He remained with the Tiverton based club until December 1996, including the last four months as player-manager.

In 1999, he joined his home-town club St Patrick's Athletic as assistant manager to Pat Dolan, succeeding him as manager in February 2003 signing a two-year contract with the Richmond Park outfit.

However, despite a League of Ireland Cup win and an FAI Cup final appearance, after just over a year in charge, Collins quit St Patrick's in May 2004.

In the event, Collins joined rivals Shelbourne as assistant to Pat Fenlon in May 2004. Collins left Shelbourne following Fenlon's resignation in December 2006.

Soon after leaving Shelbourne, Collins was established as a player's agent, and is now on FIFA's list of registered agent. 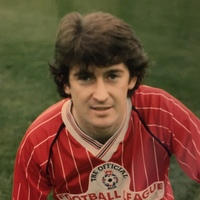 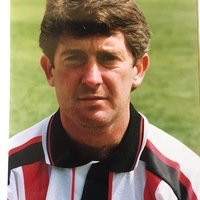 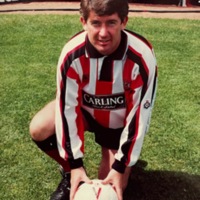