Edward (Ted) graduated through Eccles Borough, the Lancashire Combination side. He played 4 games for Lincoln City in the 1907/08 season. He then moved to Walkden Central before joining Manchester United in May 1909. His opportunities at Old Trafford were limited, making just 15 appearances and scoring twice.
After two seasons, he joined Sheffield United, in June 2011, for a reported fee of about £750. He stayed at Sheffield for a season before joining Bury in the summer of 2012, where he stayed for three years, making a total of 89 apperances

Ted joined the RNAS on 25/05/1917, then the Royal Navy and the Royal Air Force during the First World War.

In the first competitive season after the war Ted signed for the Grecians, although it was reported he signed for Nelson. He made 14 apperances for City scoring once, the goal was the first for the club since competitive football ceased in 1915.

In July 1920, he signed for Rochdale, and eventually finished his football league career with Chesterfield, who he assisted in their first season in the new Third Division North, at the end of 1921.
He signed for non league Saltney United in December 1921.

Hanging up his playing boots, he became a scout at Old Trafford and was a member of the backroom staff at Manchester United for many years. 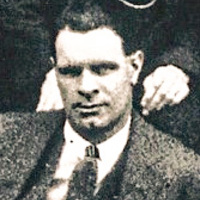 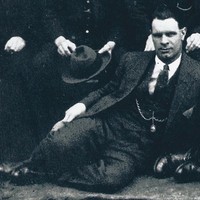