After playing for Halterworth and Mountbatten school teams, Andy gained representative honours for Eastleigh & Winchester Schools, and Hampshire Schools, before signing as a trainee at Southampton.

He signed full professional terms in July 1987, and made his full first-team debut at home to Manchester United in August of that year. Having only played 16 first-team games (plus 5 as a sub.), and scoring one goal, Andy signed for Exeter City in September 1991 for £60,000.

He stayed at St James’ park for two seasons, being a fairly regular member of the Grecians’ defence, before linking up with Swansea City in July 1993 for £125,000.He subsequently signed for Portsmouth in December 1996 and then Millwall in January 1998. After playing for Salisbury City, Andy retired at the end of the 2005-06 season, becoming Salisbury's Football in the Community Officer. He then became manager of the club's reserve team before becoming part of City's physio staff.

In the Summer 2008, he left Salisbury to become Woking’s physio. After leaving Woking, Andy joined Eastleigh FC as their physio. 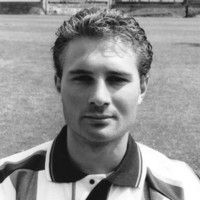 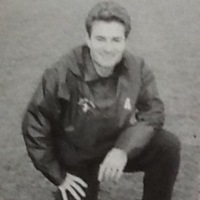 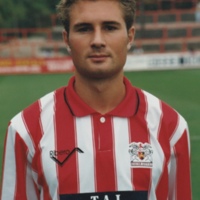