Exeter City earned a lot of praise for the expert manner in which we kept on top of the visiting European Champions during the first half of this Cup tie. In particular we were complimented by the critics for the sportsmanlike manner in which we played. Not for us the rough spoiling tactics so often adopted by lowly placed teams when confronted by high-class opposition.

Everyone bubbled over with excitement when Alan Banks sent us into the lead after 15 minutes and it was not until a minute before the interval that the United managed to equalize through Fitzpatrick.

City were shattered by 2 goals in less than 2 mins, mid-way through the second half when Johnny Newman had the mis fortune to turn one into his own net and Denis Law got the other.

Manchester United were a disappoint ment to many in the 18,000 crowd, and it was only during this half they showed enough of their undoubted talents to earn them the victory.

When City held on to beat Colchester United 1-0 in the second round of the 1968/69 FA Cup, the club had absolutely no idea that the prize for winning would be a match against the then European Champions, Manchester United.
On the day of the game the United team, led by the legendary Matt Busby, arrived to find the ground already packed, and hoards of people looking to get a glimpse at players such as World Cup winners Bobby Charlton and Nobby Stiles, as well other stars such as Dennis Law and George Best.
The match kicked off on frosty ground and in dreary weather, but the match was to be nothing like the conditions it was played in, as City made a mockery of their lowly league position in giving their more illustrious opponents a tough game.
Buoyed by the occasion and the vociferous crowd, City got into United in the early stages, and sent the capacity crowd wild in the 15th minute when they took an unexpected lead through centre forward and leading marksman, Alan Banks.
Banks had suffered some injury problems in the build up to the game, but he showed no lack of sharpness as he met Alan Pinkney’s ball into the box, to head past Alex Stepney in the St James Road end goal.
With the crowd chanting ‘we want two’, City did well to hold back the dangerous United attack on several occasions, and then almost caused one of the all time FA Cup shocks on the counter attack when the second goal the crowd was hoping for was disallowed for a handball in the build up.
The two sides then exchanged sighters on goal from distance, before Pinkney set up Johnny Mitten for a shot that fizzed just over the bar. City came again, and Stepney had to stretch to tip yet another effort over the bar for a corner.

Back and forth the game went, and City looked good for their lead going into half-time, but then the European Champions showed their class as Frankie Burns’ precise lofted ball dropped at the feet of John Fitzpatrick just yards from the goal for him to tuck in at the near post.

City reemerged in the second half to a huge cheer, but the tie began to swing away from them just after the hour mark when Dunne’s cross from the right flank was steered into his own net by John Newman.

Just minutes later United scored again; this time a fine team goal that started with Carlo Sartori on the left, made its way through three former European players of the year in Charlton, Best, and then Law, before Brian Kidd finished the move, and the cup tie, from close range.

Man of the match: Alan Banks 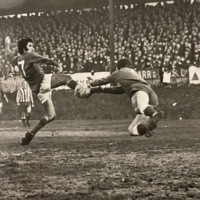 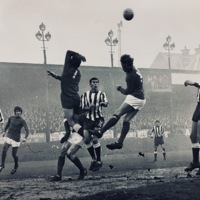 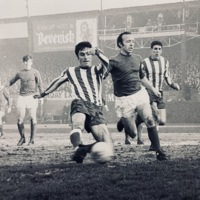 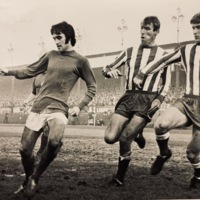 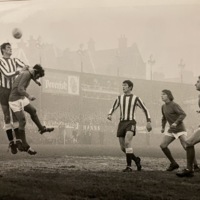 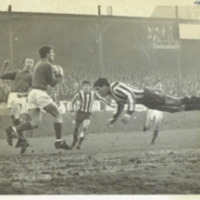 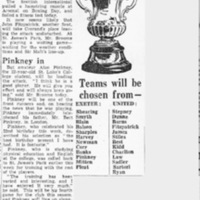 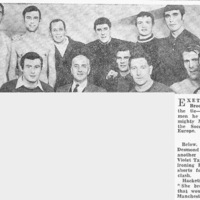