Coughlin was aged 20 when he got his first chance in the Football League, having been playing for Durham City, and signing for Barnsley in October 1957.

However he never played a league game for the Tykes and moved back into non-league football.

It was whilst he was with Yeovil Town, whom he had joined in 1960, that he gained another chance, this time moving to Bournemouth & Boscombe Athletic in March 1963.

Such was his goalscoring form that Coughlin scored in eight consecutive matches for Yeovil at one stage.

So at the age of nearly 26 he finally made his league debut and went on to net 40 goals in 88 league outings for the Cherries.

He was transferred to Swansea Town in August 1966, in a player exchange deal that took Ken Pound in the other direction and added another ten goals in 40 league outings.

Moving to Exeter City on loan in March 1968, he joined what was a struggling Grecians team in the Fourth Division, and made his debut in a rare 2-0 win at Barnsley.

By the end of that season though, Coughlin returned to Swansea and then left the club to join Chelmsford City for the 1968-69 season.

He later played for King's Lynn, Bedford Town and South Shields. He worked at Billingham ICI. and then spent 15 years as a pipe-fitter with Amec Offshore Oil Rigs in Wallsend before retiring in June 1994, living in Hetton-le-Hole. 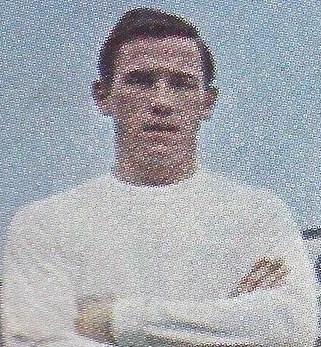