Coulston’s first senior club was Manchester City, playing for their reserve team during the 1935-36 season.

The following season he made his Football League debut playing for Crystal Palace, appearing in 12 of their matches

He moved to Exeter City in the summer of 1937 and made his debut in a goalless draw at Notts County in September of that year. Although he was a regular in the Grecians team throughout the season, he again moved on after just the one season, joining Barnsley.

His stay at Barnsley was an even shorter one though, as he then linked up with Notts County, with whom he featured in 3 league matches, staying with them until the outbreak of the Second World War.

Walter died in June 1990 in Barnsley. 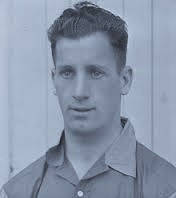