Joining up with his new team mates after the club’s successful tour of South America in the summer of 1914, Cowie had been signed from Blackpool, where he had featured in three league matches for them.

Prior to signing for Blackpool in 1911, Cowie had played for junior side, Herrington Swifts.

He was to play just the one first team game for Exeter City, a Southern League fixture which ended in a 4-0 defeat at Swindon Town in October 1914.

With the outbreak of the First World War, Cowie had left the club by the time competitive football resumed in 1920, playing for Barry.

The 1920–21 season ranks as one of the finest in Barry's history, as they surprised many by becoming champions of the Southern League's Welsh section. The achievement was all the more impressive when considering the small Barry squad played over 100 matches in all competitions during the course of the season. Competing simultaneously in both the Welsh and Western League, the Barry board gave priority to Southern League fixtures, swayed by aspirations of joining the new English Third Division.
Inspired by Stanley Cowie, the title was clinched in early May, and yet hopes of Barry being able to move up to the Football League were scuppered just a month later, when their application failed and Charlton Athletic and Aberdare Athletic (the latter of whom finished second to Barry in their section) were elected instead.

Stanley has a link to Fred Whitlow. In 1924/25 Whitlow's debut FA Cup goal came in a 1st Qualifying Round defeat of Cardiff Corinthians by Barry Town where Fred and Stanley scored a brace each in the 4–0 victory.

Sadly he committed suicide in September 1927, reportedly after financial worries, when he was found drowned in the River Tyne.

Stanley Cowie is remembered in the Barry Town Hall of Fame because of his inspiration in the early 1920's leading the team to success. 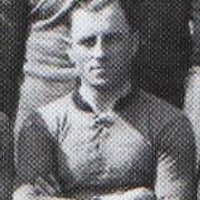 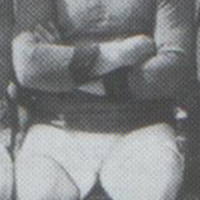 this was my grand father