Lance Corporal Samuel Cox of the Devon Regiment, was called up into the Exeter City team to make his Southern League debut against Queen’s Park Rangers in March 1915. He was to make one further and final appearance for the Grecians that season, in the penultimate match at home to Reading.
He had played for the reserves in the Plymouth and Dustrict League in 1913/14 and 1914/15, he made his debut for Exeter in a friendly against St Luke's College on the 29/10/1913 in an 11-0 win, scoring a hatrick. He scored once in the Plymouth and District League, during 1913/14.

After the First World War, Cox was playing for Caerphilly. 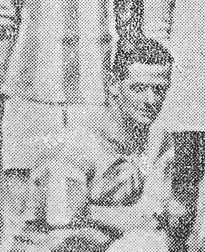