Dean Roberts made himself an instant hero with Exeter City fans on Saturday by scoring the winner against Orient in the opening Fourth Division match of the new season at St. James' Park.. The lean and hungry young striker glanced in a perfect header after just eight minutes to cap an impressive debut for his new club. Orient may have been a little complacent in their position as pre-season promotion favourites, but the big London side were still quite a handful. City's five man defence with new men Andy Watson, Sean Priddle and Steve Pugh, all making sound starts coped fairly well against Orient's tall and experienced strike force.

The new found commitment in the City side was highly encouraging and left Manager Colin Appleton beaming with satisfaction after the game. He said: "They can do even better. They can settle down and play more constructive football, but today they did exactly what was required". 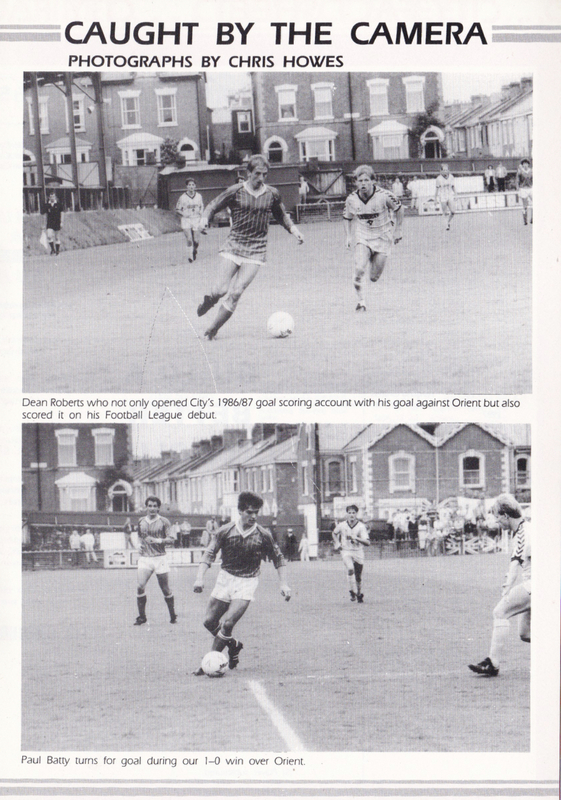