Glen began his career with Saint Mochta's Football Club where he played as a schoolboy before moving to Lourdes Celtic. He then signed professionally for Wolverhampton Wanderers and scored on his first full game against Charlton Athletic in May 1996.

He had a loan spell with Exeter City in February 1997 and was an immediate hit as he netted 5 goals in 10 league matches. He was then loaned to Cardiff City where he scored once in 8 league games. Returning to St James’ Park for a second loan spell in August 1998, he played in another nine league matches, but didn’t find the back of the net. Later that season he was loaned to Plymouth Argyle where he scored once in eleven outings. Returning to Dublin in the summer of 1999, Glen joined Bohemians where he top scored in his first season. The following season, 2000-01, he broke the Eircom League goalscoring record by hitting 25 league goals (35 in all competitions) as Bohemians won their first league title since 1978 and their first league and FAI Cup double since 1928. He became the first Eircom League player to be capped by Ireland for 16 years in November 2002 when he played against Greece. However, in December 2004 Glen moved to join Shelbourne. He rejoined Bohemians in early 2007 and is currently the club’s all-time record league goalscorer. At that time he had scorerd 133 goals. He has also scored more goals in European competition than any other Irish domestic player.

Glen signed for Sporting Fungal in 2010, and then Malahide United a year later.

He finally returned to his boyhood
club, St. Mochta’s, retaining from playing in June 2015. 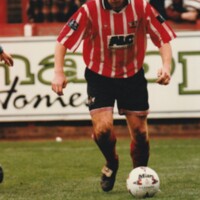 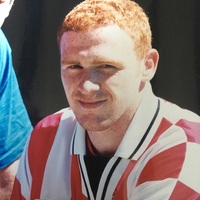