Items like these can be seen as some of the most immediate and intimate kinds of collecting, often including individually-produced records, or newspaper cuttings that are meticulously gathered and saved. By looking at some examples from the collection, we can see 'journalling' or 'scrapbooking', as collecting practices that are accessible to fans of all ages, though in very different ways. 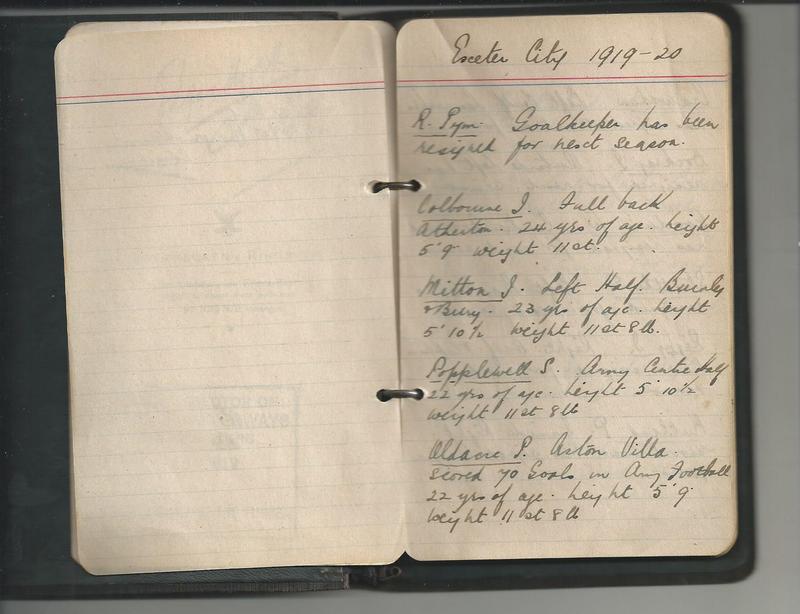 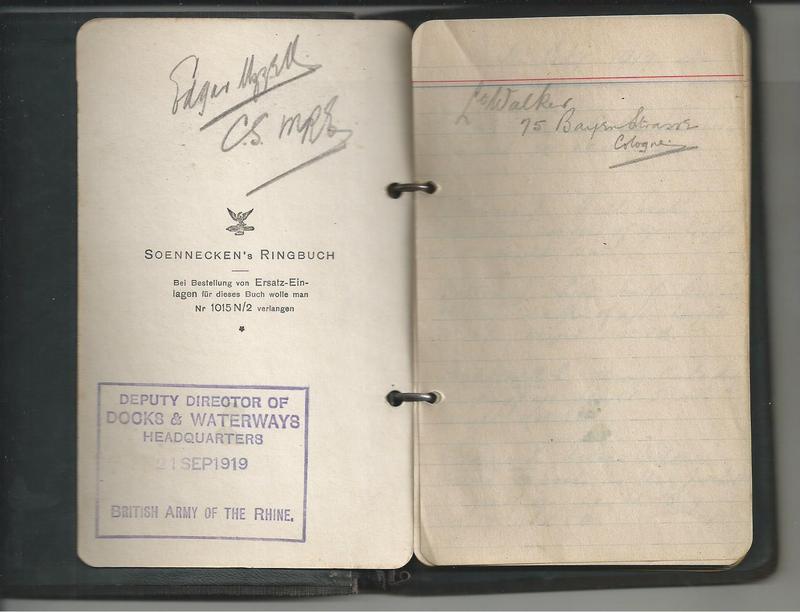 This journal, kept by Edgar Uzzell followinf the end of the First World War, offers an early example of a formal kind of collection, chronicling factual records about the players, such as their heights and weights. The journal shows Edgar's dedication to the club, however far away from St James Park he was, and however much else was affecting his life and the world around him.

R.Pym Goalkeeper, has been signed for next season.

Even today, Gerald still follows in the footsteps of his Uncle Edgar by continuing the practice of documenting the line-ups and fortunes of the Grecians, and will always have his notebook to hand at each and every City game. 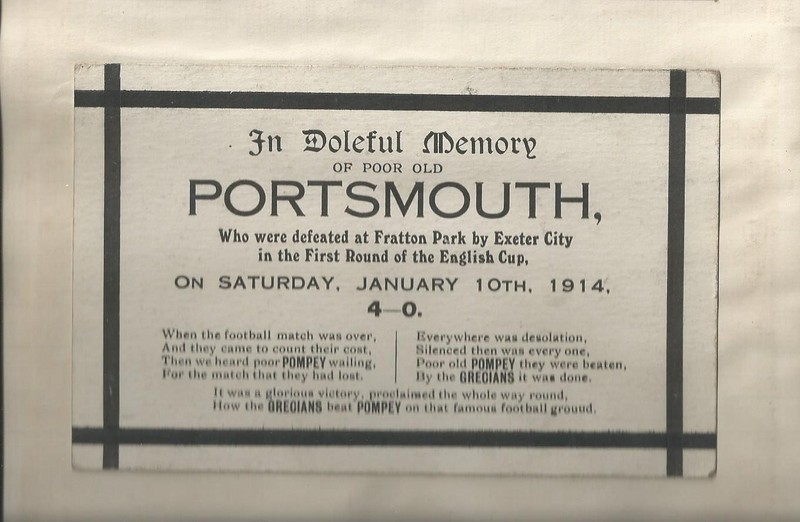 This cutting, though not a journal or scrapbook itself, is an example of the kind of content available to collectors, perhaps to place in a scrapbook, from more mainstream media like newspapers. This comical notice, commemorating 'in memoriam' Portsmouth's famous defeat, also shows us the sense of humour with which the club celebrated its most important successes.

For City historians and fans, this item is of particular interest, as it was this match that brought Exeter to the attention of the Football Assosciation, ahead of their decision on the team to represent Engalnd on a tour of Argentina. 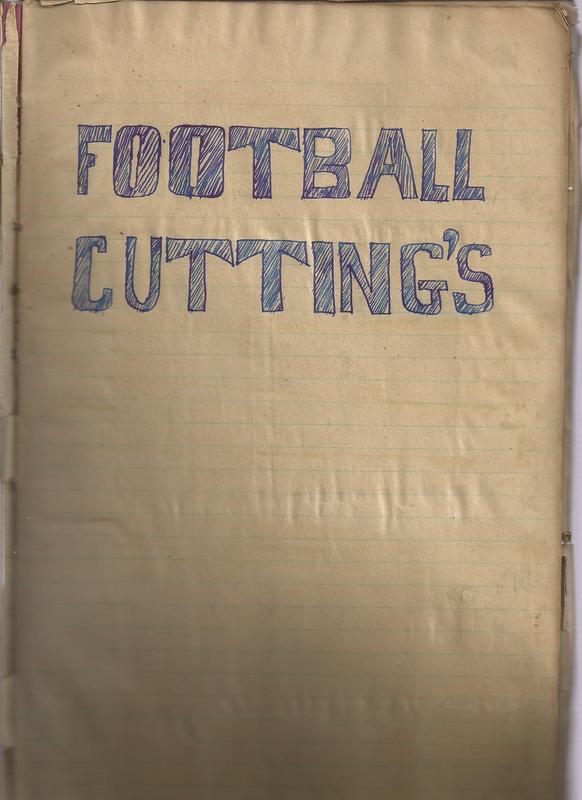 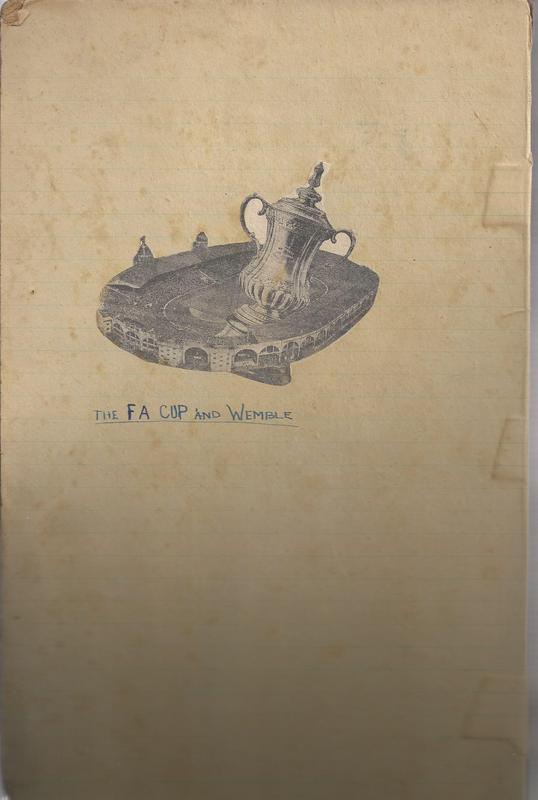 This scrapbook, complied by a young Gerald Uzzell, Edgar's nephew, shows that collecting was not just a hobby for older supporters, but an activity that younger fans could also get involved with.

The book's opening pages appear to initially indicate Gerald's aspirations for Exeter City by proudly displaying a cutting of Wembley and the FA Cup.

Indeed this may well have been the case, but it also shows that, like any young football fan of the era, the wide world of football and the Empire Stadium itself had a huge hold on the imagination and was worthy of collecting.

Additionally, there is also one specific reason why an Exeter City fan would be so interested by Wembley and the FA Cup in this particular year, and that is that the team that went on to lift the Famous Trophy was Bolton Wanderers, whose goalkeeper, Dick Pym, had previously played for City, and was born and bred in Topsham.

The rest of the scrapbook contains more images of Pym, as well as other players and sides from across the country, and reveals those things that captured the imagination of a young football fan... things which would likely be the same today, but found in other formats.

Like all scrapbooks, this has its own unique character and nature, and the fact that this Uzzell misspells Wembley as "Wemble", and titles his collection "Fooball Cutting's", only adds to the record's charm.