Over several months in 2018, items were donated by City fans for a time capsule that would be placed beneath the redevelopment of the grandstand at St James Park.

The capsule was buried on 6 June 2018 by the ECFC Museum team, as part of the Heritage Lottery Funded project, and has been registered with the international time capsule society, so that its whereabouts is recorded.

Click on the image below to take a peak at some of the items that are in the capsule, with the hope that they will be discovered by future fans of the club. 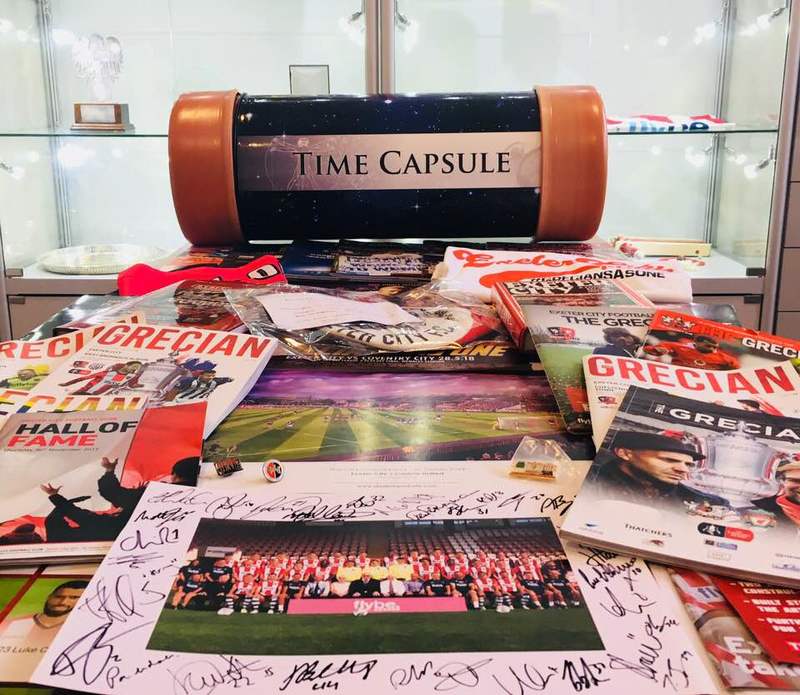 Also, click on the image of the project team below to see a short film made on the day of the burial. 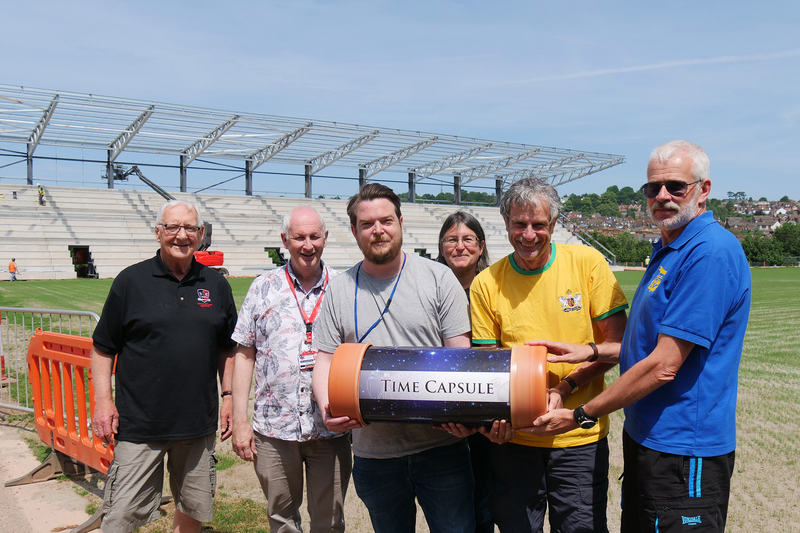