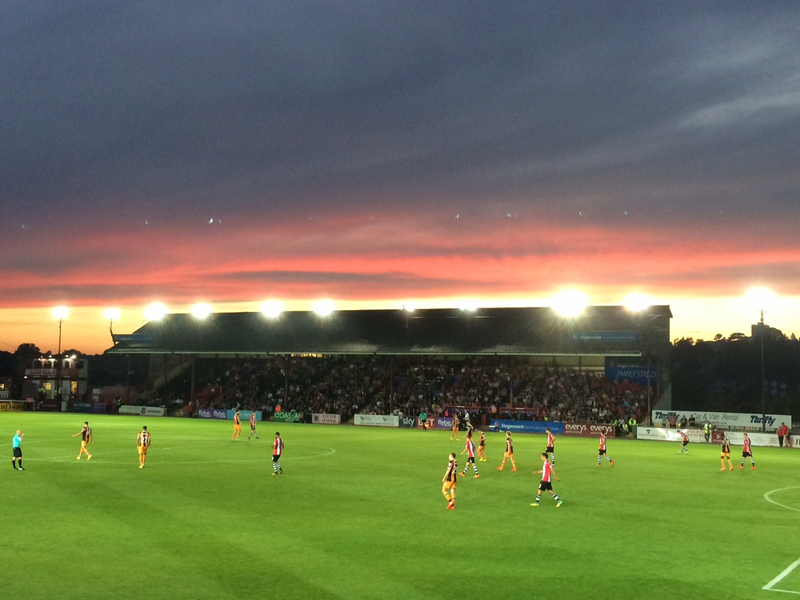 The history of St James Park, home to Exeter City Football Club was a one-year project funded by the Heritage Lottery Fund (HLF), which aimed to identify, document, preserve and share the tangible and intangible history of the Club for communities of fans, staff and players in Exeter and beyond.

By tangible history we mean photos, programmes, old newspaper articles, but also footballs, boots, ephemera, whereas by intangible heritage we mean the memories, stories, and oral histories that may be associated to them.

The project involved mass photography, which took place at the end of the 2015/6 season and produced around 300 evocative images of places, people and football, now included in this archive. The photos also formed part of the exhibition that opened at St James Park on 23 March 2017 in the hospitality area.

Additionally, the project made it possible for world leading football photographer and FIFA Museum Consultant Peter Robinson to photograph a stunning set of images which formed part of an exhibition that opened on 17/11/2016 that are now shown at St James Park in the hospitality area.

To capture the intangible heritage, the project generated 60 interviews to fans, players and staff, which are deposited in the archive. These formed the basis of a film directed by Elliott Morgan, which was developed in collaboration with Will Barrett and Izaak Radecki, to illustrate the rich history of the ground.

The project also funded the creation of three trails that could be used for stadium tours or in an educational context, a learning pack, and a brochure for those further afield who may not be able to attend the exhibition.

At the heart of the project was the digitization of a substantial amount of items in both private and public collections which were gathered during a number of workshops and events and which allowed fans, players past and present, and staff to re-write with us the amazing and colourful history of Exeter City Football Club.

Gabriella Giannachi and Will Barrett