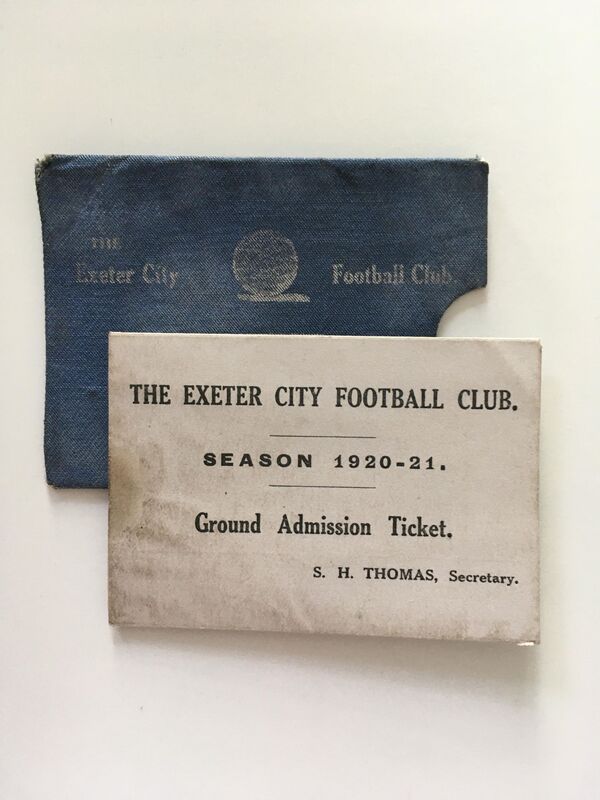 Despite the pre-season optimism, and the positivity of the 3-0 vistory over Brentford on the opening day, City's first season in the football league largely failed to live up to expectations.

Initial results had put City in contention at the top of the table in the early part of the season, but a run of one win in 17 between December 11 1920, and April 2 1921 meant that the club ended the season in 19th place, above Reading, Brentford and Gillingham.

The contemporary reports at the end of the season stated that "with a larger number of players to call upon than in any other year it was confidently anticipated that the season would be attended by great success, and these anticipations appeared so well founded in the opening matches that many people had visions of Exeter City playing in the Second Division next season.

"As regards the team there is not much that can be said of a congratulatory character. The season, indeed, has been remarkable for the consistent failure of the eleven to settle down and become a reasonably cohesive comination, although Dick Pym, Feebery, and Dockray have proved themselves throughout the season." 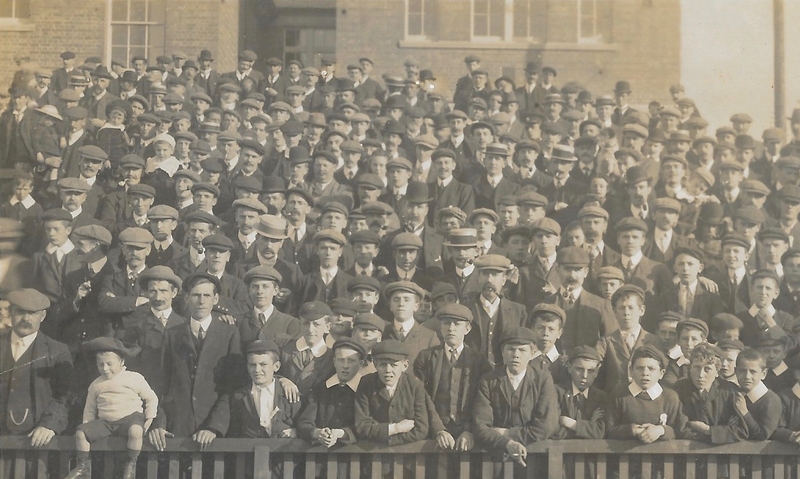 Despite frustrations on the pitch, the reponse to football in the local area was cited as one of the major positives from the season, particularly at youth level, where visits to promote the game were enthusiastically received in Taunton, Newton Abbott, Exmouth Budleigh Salterton, Sidmouth, Seaton, and Axminster, among other places.

In addition, a gold medals competetion was initiated for the leading clubs in Exeter, with the matches being played free at St James Park in order to encourage the popularity of the game in the City with a view to producing more players of quality in the future for the City first team. 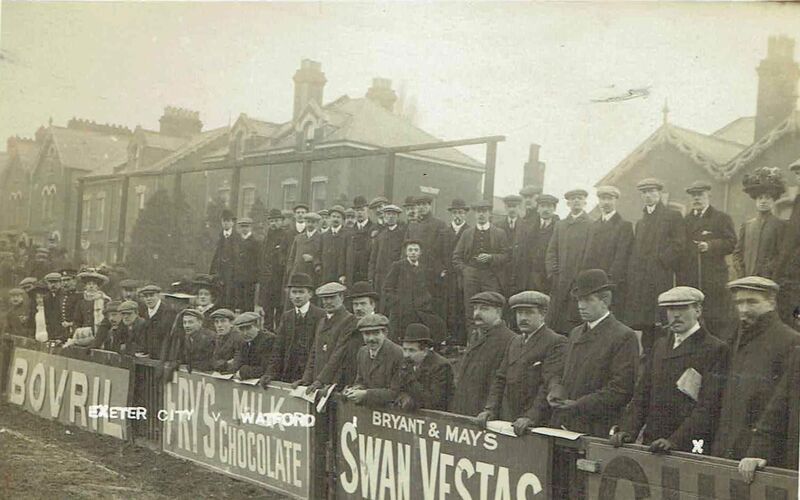 The season also saw changes to St James Park that would last a generation or more. Given that the stadium had been deemed not fit for purpose in the run in to the season, the supporters' club has made a donation of £180 - approx £5,600 in today's money - to make essential upgrades.

These funds were spent on railings to surrounf the pitch, along with additional banking at the Big Bank and St James Road end of the ground.

In total £1,000 was spent that season on the stadium - approx £30k today - and in just a few short years, the Cowshed and what we remember as the Old Grandstand were to be added to these developments. 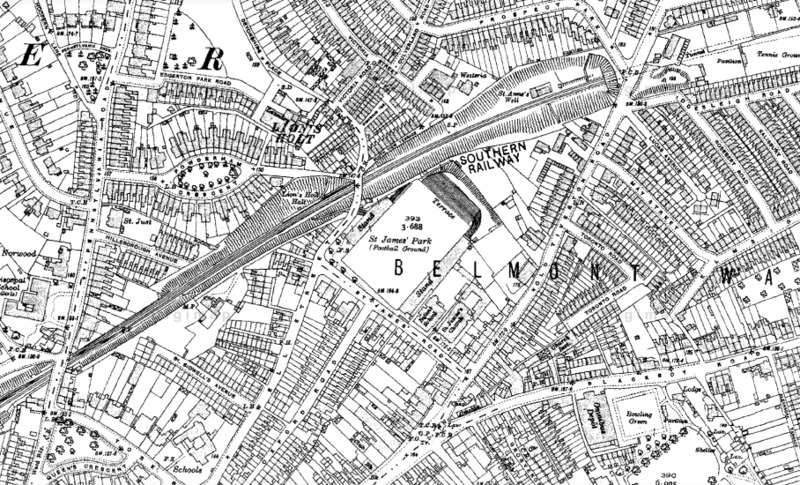