This exhibit has been produced to mark the 100th anniversary of Exeter City Football Club's debut match in the English Football League.

City joined the ranks of the Football League after the Southern League First Division was accepted en bloc as the members of a new Division Three.

Grecians Club Secretary Sid Thomas called the move 'the biggest and most revolutionary step we have had in football for very many years’. Manager Arthur Chadwick said ‘it’s the finest thing that could possibly have happened’.

For Exeter it meant a busy summer of activity with ground improvements, a series of new signings and the decision to raise admission prices. City Reserves joined the Western League.

When the big day arrived on August 28 1920, hundreds were queuing by midday to get the best viewpoints. A crowd variously estimated as 6,000 to 7,000 crammed into the ground, and those in the Grecians' ranks were not to leave disappointed.

In the pages that follow, we have used artefacts and contemporary sources to take a closer look at this fixture, as well as some of the key-players and wider context of this historic game. 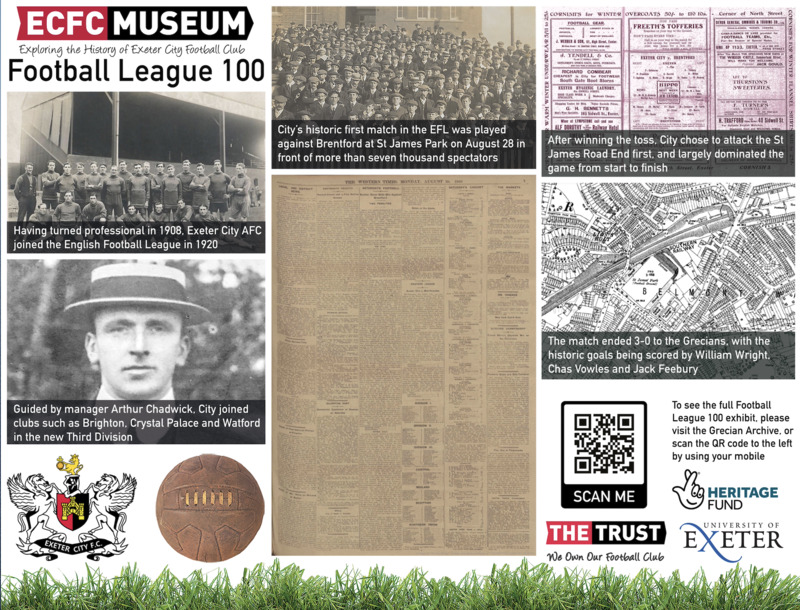