The EFL Trophy (English Football League Trophy), known as the Leasing.com Trophy for sponsorship reasons, is an annual English association football knockout competition open to the 48 clubs in EFL League One and EFL League Two, the third and fourth tiers of the English football league system and, since the 2016–17 season, 16 under-21 sides from Premier League and EFL Championship clubs.
It is the third most prestigious knockout trophy in English football after the FA Cup and EFL Cup.

The competition was inaugurated as the Associate Members' Cup in the 1983–84 season and followed on from the short-lived Football League Group Cup.
It was renamed the Football League Trophy in 1992. This was in the same year of the reorganisation that followed after Division One broke away to form the Premier League and the Football League became responsible for just the lower three professional divisions.

The competition was renamed again in 2016, becoming the EFL Trophy, coinciding with the Football League rebranding to the English Football League.
The first season under the new name saw sixteen Category One academies, of Premier League and Championship clubs, join the competition,
a move which has been criticised for attempting to insert Premier League 'B', or academy U21 teams into the English football pyramid.

Exeter in the Football League trophy

The Grecians reached the Southern Area Final in 1992/93, under the leadership of Alan Ball. Over 15000 fans watched the final, played over two legs. Eventually losing 3-2 on aggregate, just one match from Wembley. The game at St James's Park that day was electric. 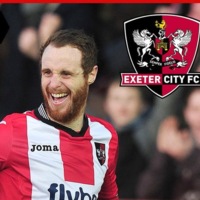 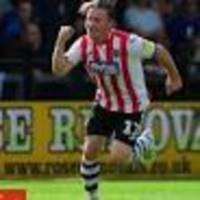